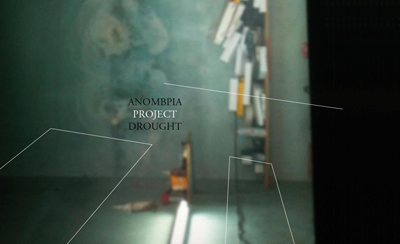 Center of performing Arts MITOS was celebrating five years of creative activity and presents its as part of the cultural events of the Cyprus Presidency of the Council of Europe.

The artists return back to their work on the myth of Ariadne - which was also the main core of MITOS’s first performance in 2007 – with a team of artists from Cyprus and abroad. The DROUGHT project is the result of the collaboration between the director Lucasz Walefksi and the visual artist Kasia Pol. Members of The Association Sztuka Nowa also take part in the performance.

Why myths? What is it about the myth that attracts us? What is their relation to our lives? The DROUGHT project is an exploration of the myth of Ariadne and Theseus through the found sources – together with references on the Cypriot version of the myth. It is mainly a work of the current perception of the myth and its per formative and artistic expression.

Phase 1 of the project was held in Poland in spring 2012 focusing on the performers’ training and the theoretical search on the myth (Leonardo da Vinci Program). The polish collaborators of the program was The Association Sztuka Nowa and the Grotowski Institute.

Facebook
0
← Sinusoid (2012)H4WHAT (2013) →
Manage Cookie Consent
To provide the best experiences, we use technologies like cookies to store and/or access device information. Consenting to these technologies will allow us to process data such as browsing behaviour or unique IDs on this site. Not consenting or withdrawing consent, may adversely affect certain features and functions.
Manage options Manage services Manage vendors Read more about these purposes
View preferences
{title} {title} {title}
X