A neighbour is the person who lives (or lies) near or next to another.
A neighbour may be a friend, an assistant, a helper.
A neighbour can also be him/her who is not me, the other, the different one, the migrant, the enemy, the suspect.

The schedule for theYard.Residency.14 consists of 20 proposals from different fields of the performing arts, 15 of which were chosen after an open call from the Center and involve young artists and groups or creators from Cyprus and abroad. The program is completed by five special guests at the Old Vinegar Factory.

The Yard is taking place for the fourth consecutive year and enhances exchange and dialogue between artists and encourages immediate communication with the audience. The theYard.Residency.14 mainly functions as a free platform with the active involvement of the participants. All the groups/ artists involved are free to express themselves artistically in any form and in any way they desire in accordance to the given theme, but also to act responsibly towards their production.

theYard.Residency.14 is part of the frame of local action of the European Program Songs of My Neighbours that MITOS has already realize in cooperation with Grotowski Institute and Centrum Kultury-neTTheatre from Poland and Astragali Teatro-Eufonia from Italy.

“I am writing to me, in order to heal you. You and I are one. Write to your self too.”
Dimitris Spyrou within his alter ego acapella Solo Loop suggests a musical monologue based on the simplicity of the diversity of being oneself, and the quest of personal expression through outer or inner interventions. Music made out of everyday common objects along with text and “songs made of stories from the neighbor”.

The Amalgamation project was created by Vasiliki Anastasiou, a Greek-Cypriot vocalist and composer. It borrows and re-arranges traditional melodies from countries around the shores of the Mediterranean Sea and also from the whole of the Balkan peninsula adding jazz influences. The project’s heart though is around her compositions.

Α solo performance by Arianna Economou based on the research project titled Riverscapes: Body Maps/ City Maps- Nicosia.
This is a micro performance the first of a series of particles extracted from a monumental study of Nicosia and its many layered history, that was put together in a performance titled Riverscape(s) : Body Maps/ City Maps* and which took place in October 2012 at Melina Mercouri Hall. The research and performance attempted to look for a new layer for a transformed City that has lost its River but attempts to re create a new landscape that makes it whole, trying to regain its original wholeness and integrity. A work that aspires to be relevant beyond geographical location

Celebrating World Dance Day, the Cyprus Center of ITI is organizing for the fourth time the International Dance Symposium, which will take place in Lemesos and Lefkosia. This year’s theme Body and Performativity: Gender in the Performing Arts, explores the relationship of dance and the performing arts under the idea of gender. The programme will include presentations, performances, lectures, screenings and workshop.

The Symposium is organized in collaboration with The New Movement of Dance Companies, Dancers and Choreographers of Cyprus and with the support of Dance House Lefkosia, MITOS Center of Performing Arts, Dance House Lemesos and the Ministry of Culture and Education, Cultural Services.

The performance is based on Heiner Muller’s text Bildbeschreibung (Description of a Picture or Explosion of a Memory). The author describes it as: “... a landscape at the edge of death. The plot could be anything, since the consequences belong in the past, an explosion of a memory in a barren dramatic form." Within the context of “My Neighbour” we will use this text to illustrate the absence of the notion of ‘neighbour’, within this meta-landscape - the aftermath of a demolished society.

Ιnteractive singing workshop with greek and turkish lyrics in common songs. No need to know any of the languages nor have musical knowledge. Open to all ages from 10-100.
All welcome!
Meet the other Side is a platform that was created by a group of artists and other volunteers that invites Turkish-Cypriot and Greek-Cypriot people to meet each other and create through interactive workshops in a neutral environment. For more details you can check www.meettheotherside.com

Α. is Cypriot, pregnant and single. She lives with her cat in Flat 102. Next to her, in Flat 103 lives a loving Jewish couple and in Flat 101 a Greek student with an obsessive-compulsive-distorter. In the Flat above recently arrived an economical migrant, a Polish boxer. A is not fond of her neighbors so she prefers to keep a distance . She doesn' t like the smell of their food, she is annoyed by their music and she thinks they have weird habits.
The performance is about the lack of privacy in modern multicultural cities, and the distance people keep from one another driven by xenophobia and stereotypes. It touches on racism and prejudice that come out as a result of ignorance and concludes on how all these behaviors change when life brings people together. A Performance with an actress, a sound designer and a projector...

Miss Margarida's Way is a sarcastic theatrical play written by the Brazilian writer Roberto Athayde in 1978; a period during which Brazil was under dictatorship. Athayde’s monologue is a political allegory of power, control and dominance as well as a criticism against the system of education – which is addressed as the root of all problems. However, Miss Margarida does not stress the problem but instead solves it through her very own peculiar way

The artist, during her residency at theYard.Residency.14 programme, will create a unique map with information from Old Vinegar Factory neighbourhood: will collect the ‘’fingerprints’’ from houses and business stores from the area of Limassol Historical center. Sutherland will make a film that will be presented on 26th of July in multi - screenings using three 16mm projectors to and live performance.

02-03-04/09
αpproxi-mate (in three phases): Can you feel me? Can you hear me? Can you see me? -Art Performance
Marilena Kyriacou and Christina Georgiou
Photography: Nicolas Melis

intensive experiential workshop entitled approxi-mate (in three phases): Can you feel me? Can you hear me? Can you see me? The artists investigate the idea of the “neighbour” through actions of coexistence and in parallel they use the senses as tools for finding the “other”. In this live process, the audience might find themselves involved, along the artists.

αpproxi-mate (in three phases): Can you feel me? Can you hear me? Can you see me? workshop
Marilena Kyriacou and Christina Georgiou

The workshop combines a series of practical exercises from the field of Performance Art, as a conceptual form of art that exists between image and praxis. Its aim is the creation of an experiential perception through empirical processes that concern the self in relation with the “other”. Each person will be using his/her own field of perception in order to approach the “other”, while paying attention to the space or place in which we coexist. The aim of the workshop is to bring the participants at a more intimate approach in order to reconsider the “placement” of the Self in relation to the “Other”.

The group is planning to reach the residency using as a reference point a children’s story called “O Pano kai o Kato”, in order to research on the reactions of stimulus. Focusing on time and how we react bodily, mentally and emotionally. The neighbour is the one next, the opposing, the different, the unknown, non acceptable. We want to consider that now is the path approach of different. When a man is open and is interested in the neighbour. What are the factors that they inculcate as to the knowledge of the other.

AJIMA stages a character that oscillates between real and fake, private and public, quotidian and theatrical. Throughout the piece, the ambiguity of our wavering identities and roles, our assumptions on others in social interactions become a life exhibition, are cast a spotlight on, and are processed in a collective ritual. The self-referential character AJIMA is alternating and shifting between revealing and hiding, lying and telling the truth, looking and being looked at.
The project AJIMA began when Marc approached Maija, a physically disabled performer, to collaborate in staging a freak show. Early on in the rehearsal process it became clear, however, that instead a much more intriguing question was unleashed: what is at stake when we more or less carelessly make assumptions and cast projections on each other and ourselves, based on physical appearance or assumed identities? In AJIMA, our desires to be seen and to see somebody being or doing something are being constantly re-negotiated.

Do you like Cyprus coffee? Do you have stories to share in relation to coffee drinking and coffee telling in Cyprus? No matter what your relation to Cyprus coffee is we would like to hear it… Even more so if you hate it!

Presentation of second work in progress of the piece Stomach Rumblings. Having already explored a sound and movement vocabulary in our first work in progress during the Artist Residency in September at Dance House Lemesos, we are about to embark on furthering our exploration. Having gathered audience feedback and reflected and summarized our movement and sound findings we feel that the following subjects are crucial for us to tackle: Development of relationship-dependency/independency of movement and sound. Finding a dramaturgical thread to bind this relationship. Emphasis on the correlation of sound resonances with emotions and one’s own physicality. An audiovisual dialogue involving all bodies and minds that are present in the space.

A Cypriot folk tale for all ages, as it was recorded by the Cypriot folklorist Nearchos Klirides, comes to life under the programme Songs of my Neighbours, organized by Mitos Centre of Performing Arts, Three forgotten objects, the wallet, the old hat and the sword, become the reason for a fascinating travel in time, an encounter of heroes, an adventure rich in images and metaphysical affairs given with the simplicity that characterizes Cypriots of another era.Within the frame of on going investigation for common folk tales, Greek-Cypriot and Turkish-Cypriot. 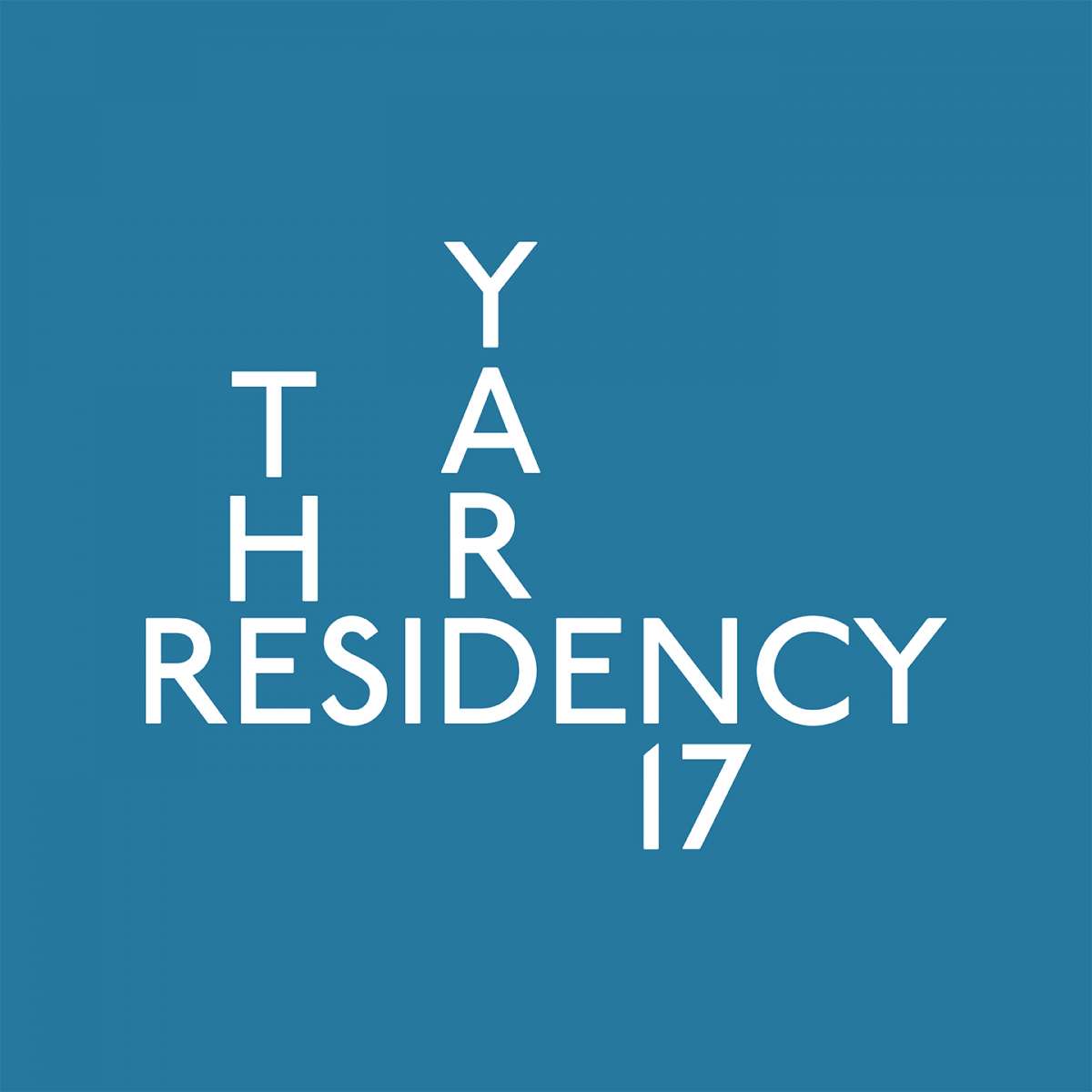 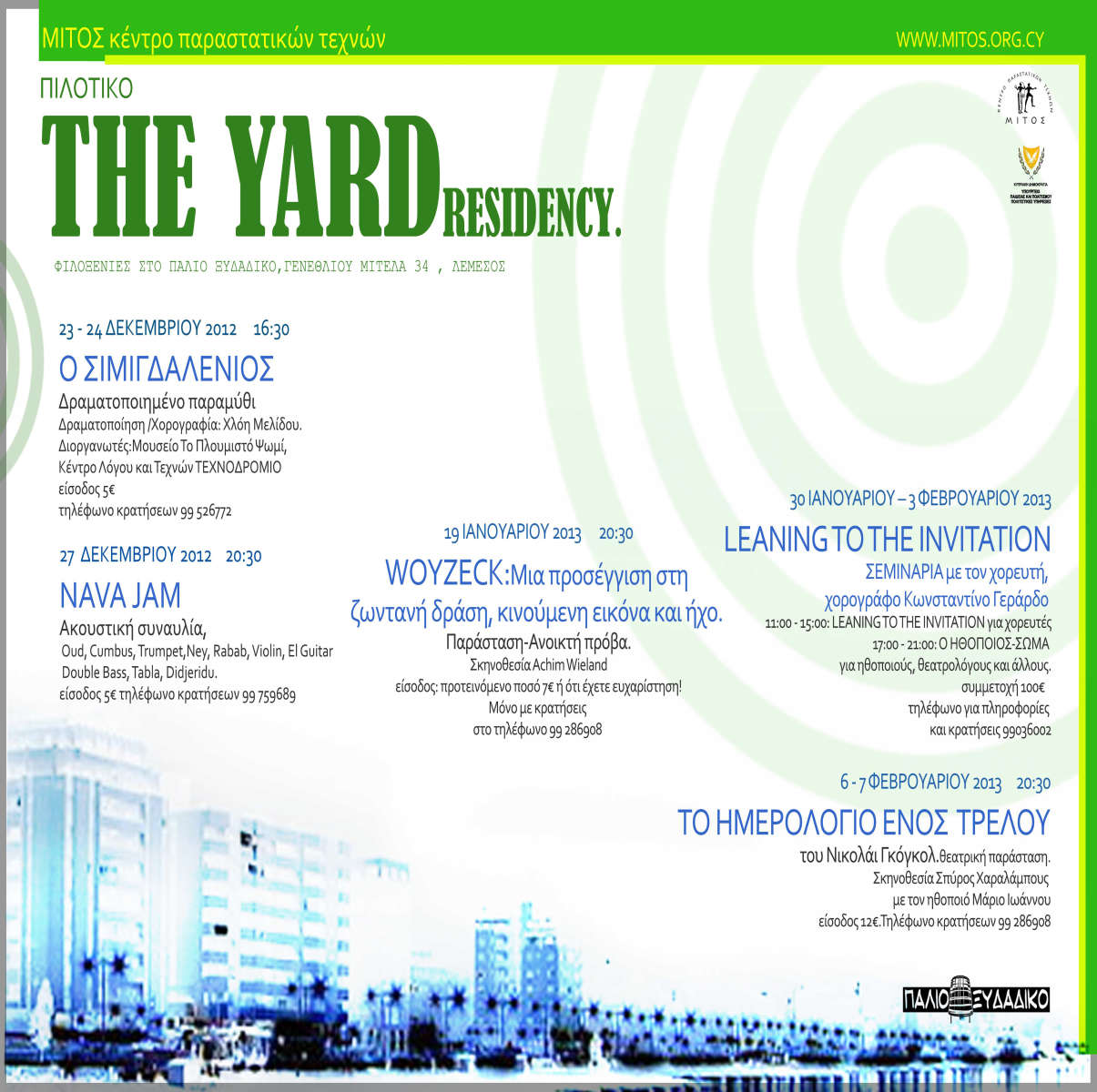 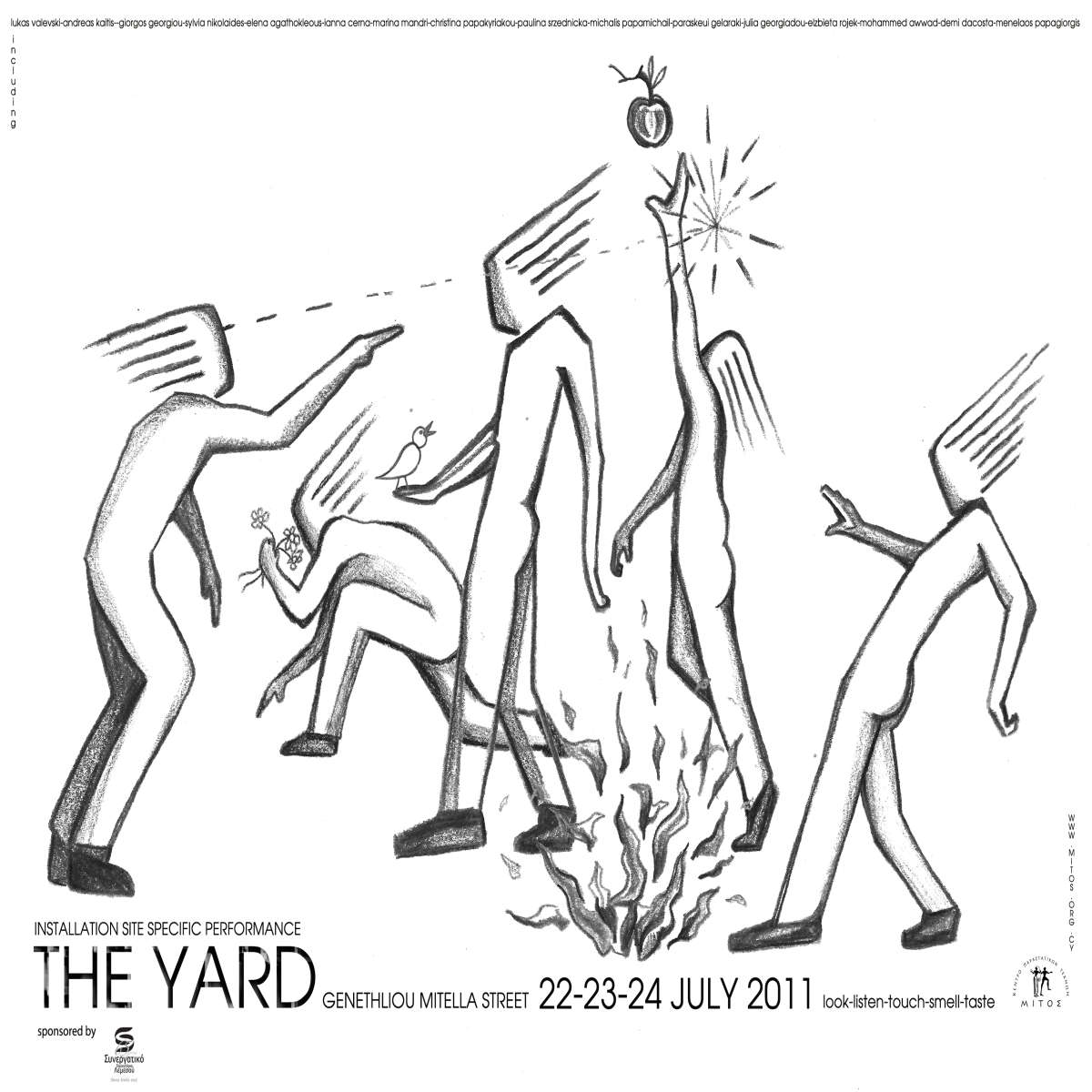